Though he’d already taken us around 2,000 miles south, Ned was tireless and seemed more than willing to head east, since going any further south would mean going to Mexico. And we weren’t quite ready to leave the US again.

So we found the western-most part of an interstate which spans the country, west to east. We were both looking forward to being on this road, knowing that dear family members in two different states live just a few miles off of it. Ned made his second major turn, and we were on the road which would take us to our new home. 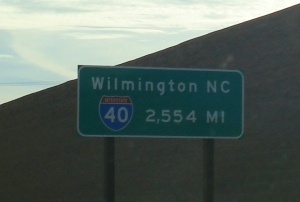 But not before a few stops. Needles, California; Flagstaff, Arizona; Gallup, New Mexico. For the most part nothing but open road, sunshine, coffee, semi-trucks, tumbleweeds, and some Louis L’Amour stories. And plenty of time to debrief and thank God for our time in our first home together. After a night in Albuquerque, we continued east anticipating our next stop and a day off the road at our parents’ home in OKC.

Feeling blessed by family and refreshed, we passed through Arkansas, then Memphis, and stopped to record our first album in Nashville. Just kidding, but that would be really neat. The next day was our final day on the road, and we passed through the Smoky Mountains as the road became gradually more and more familiar. No matter how long it’s been since I’ve seen them, signs for familiar towns make my heart a bit lighter. And then we pulled into our new driveway in Clemmons, soon to be warmly welcomed by family and an unusually warm, starry night. 4,085.6 miles later. 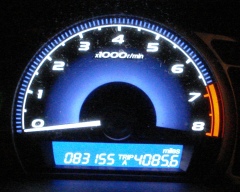